Coffee in Rome: An Adventure in How to Look Foolish 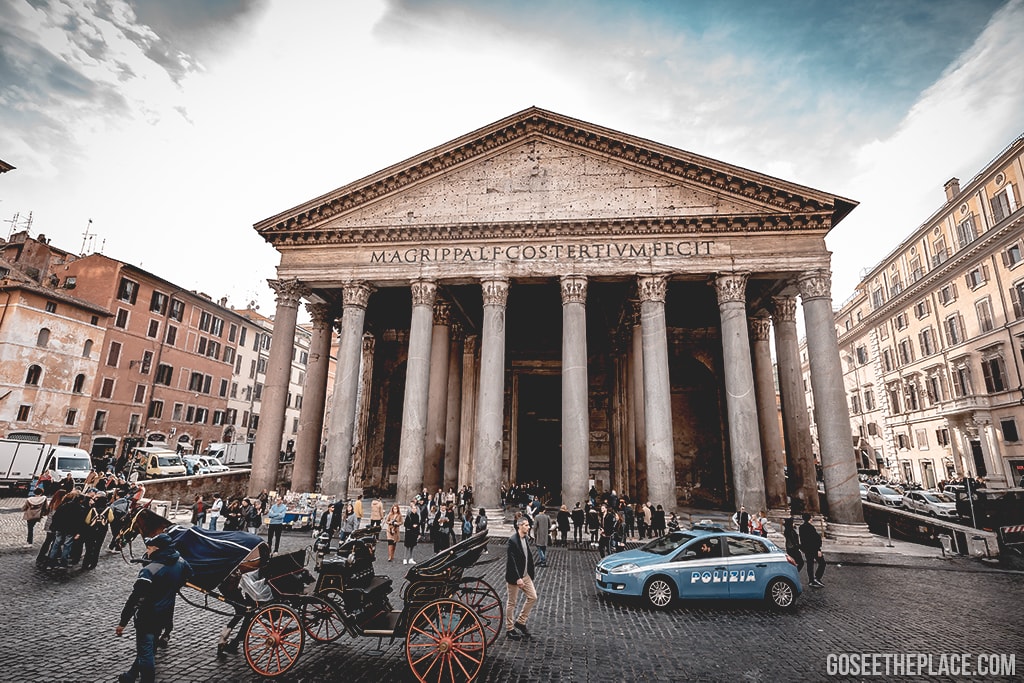 A Shot in the Dark

We begin our day by leaving our Airbnb by descending a cramped spiral staircase. We exit through a narrow doorway into a small, cobblestone square. Its early morning and we find it as empty as when we arrived late the night before. The majority of sound comes from a fountain in the center of the square. Hardly any noise comes from the few tourists and shopkeepers beginning their day. We are in Rome – the famed Italian city – standing in the Piazza della Rotonda in front of one of the city’s best-preserved Ancient Roman Buildings: the Pantheon.

Golden morning light makes the already magnificent facade even more impressive. Here is a building seemingly plucked from antiquity and dropped into a neighborhood amongst a maze of four and five-story apartment buildings. It won’t be open to the public for about an hour so we cannot go in. We stand for a moment to marvel at its magnitude instead.

Now to say that we are tired would be a bit of an understatement. We’d traveled for more than a day to get to Rome and now we only have one full day to explore as much of the city as we can for reasons unimportant to this story. A lack of both time and sleep are against us. Luckily there are small, frequently spaced cafés down every cramped street throughout the city.

First of all, Rome = espresso. This makes sense since the invention of the machine and the method that would lead to espresso usually attributes to Angelo Moriondo of Turin, Italy. All you will find in this city is espresso and espresso-based drinks like the cappuccino or macchiato. However, we prefer our coffee made in a French-press with light or medium roast beans. We will have to make-do.

The Long History of the Espresso Machine

Second, do not order milk-based drinks after 11 a.m., like the aforementioned cappuccino. This is because of some weird notion that milk is for babies. It is not illegal, but it will make you stand out as a tourist if you do. 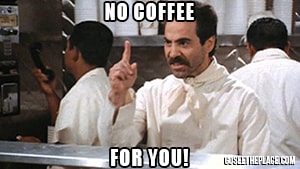 Third, Romans are very particular about the series of steps you take when ordering coffee – a-la the infamous Soup-Nazi from the similarly titled Seinfeld episode. Needless to say, we are a bit apprehensive about walking into one of these cafes and ordering coffee we wouldn’t normally order – especially since we don’t speak any Italian. But we are tired and need coffee! Fortunately for us, a family member informed us of this before we left.

We find a café quickly and walk through the sliding doors. A barista stands behind a long counter in front of a gleaming espresso machine. He stares at us as we come in and places his fingertips on the counter as if waiting for us to step up and order. We know better than to do this, however, and instead walk past the barista to find the cashier. This is important: order from the cashier first then you take your receipt to the barista lest you wish for them to scold you in rapid-fire Italian.

The cashier looks up from his phone. He rises from his stool and says something in Italian that we presume as, “What the hell do you want?” A bumbled ordering and we have our receipt. We take it up to the barista to receive our order – so far, so good. The barista – an impeccably dressed man who looks to have come straight from a Hugo Boss photo shoot – takes our highly coveted receipt and promptly throws it in the trash without so much as a glance. “What do you want?” he grumbles in perfect English. We repeat our order a second time: two cappuccinos and what looks like but definitely not called croissants.

Now another somewhat peculiar cultural difference is that Romans drink their coffee standing at the counter. As Americans, we are accustomed to getting our 20oz. caramel macchiato to go. That concept is completely foreign here. They serve your drink in a small porcelain espresso mug on a saucer alongside whatever pastry you’ve ordered, and you drink it at the counter like a child you cannot trust not to spill their drink in the living room. The coffee was prepared and presented extremely quick and was admittedly very tasty, as was the croissant pastry.

Later the same day we find ourselves inside the Vatican Museum – the time is now somewhere in the vicinity of 3 pm. We have spent the entire day exploring the city at a fevered pace. The last hour had been a nauseating search for the museum entrance and we’d mistakenly walked up to Saint Peter’s Square. The place was a zoo – we were unable to move 5 feet in any direction without someone trying to sell us something. People shoved fliers under our noses, men blocked our path and told us we ­must follow where he was pointing in order to purchase tickets for the museum, gypsies lay prostrate in the street with their faces buried in the asphalt and their hands outstretched in front of them grasping a cup and begging for money in desperate, rapid Italian.

The whole way up to the center of the square was an obstacle course of side-stepping these people to try and find the legitimate place to purchase tickets for the museum and Basilica. In the end, we had to exit the square and walk about a mile around the perimeter of Vatican City. And so with the onset of fatigue, we welcomed the recommendation by someone in our group to find the café listed on the map legend at the entrance to the museum. 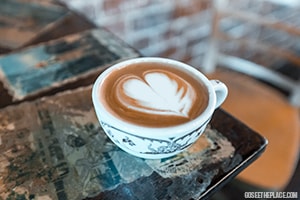 So we set off through the museum with the quest for a cappuccino in our hearts; following little signs for Cappella Sistina, in red, with symbols of coffee mugs accompanying it. We follow these signs up stairs, down stairs, out into courtyards, into new wings of the museum, down long corridors, and through a seemingly never-ending collection of room, after room, after room, and so on.

Along the way, we see such a collection of treasures and artwork of such beauty and magnificence that utterly defies description. We see corridors of tapestries, chambers filled to the brim with ancient statues of exquisite detail, treasuries overflowing with gilded objects, reliquaries of dead martyrs adorned with all manners of precious materials – all inside of rooms carved and molded and painted with so many layers of overlapping pulchritude that each new experience feels overwhelming. We have to slow down; it is impossible to walk by such an assault of incredible exquisiteness that we feel compelled to – it is irresistible.

Yet we haven’t given up on our desire for caffeine – our quest for the elusive café we have now spent hours trying to find. We’re running on about 3 hours of sleep between two days of being awake for more than 24 hours. We are spent. We again see the little sign for Cappella Sistina with the symbol of the coffee mug. Feeling slightly rejuvenated we proceed down the very narrow steps. Along the way, we start seeing very large, official-looking signs. These state things like, “NO PHOTOGRAPHY,” and, “REMEMBER THAT THIS IS A SACRED PLACE – APPROPRIATE ATTIRE MUST BE WORN AT ALL TIMES!”

This struck us as odd: why can’t you take pictures inside a café? What kind of cafe requires “appropriate attire” and what does that even mean? We reach a landing after yet another turn in the stairs and find a security guard ushering a continuous line of tourists through a small doorway.

This is where we realized we had made a mistake in our translation of Cappella Sistina. We instantly realized why it had taken hours to locate the cafe through a maze of rooms and corridors. Cappella Sistina translates to The Sistine Chapel – you know, the world-famous chapel painted by Michelangelo with frescos on the ceiling from Genesis and The Last Judgement on its alter wall. Yeah, that Sistine Chapel. In our sleep-deprived pursuit, we had thought that Cappella Sistina meant Cafe Whatever. This was because of the little accompaniment of the coffee mug. We felt pretty stupid. We marveled at the fresco then sweet-talked our way back into the museum. In our search for the cafe, we overlooked quite a few things along the way. This mistake allowed us to experience The Sistine Chapel for the second time. We then took the wrong exit into the Basilica of St. Peter.

Do as the Romans Do

Our final experience with Italian coffee comes in of all places Munich, Germany. We have again laid siege to a city – seeing as many sights in a single day as possible on foot. We find ourselves in a large Italian Delicatessen appropriately called Eataly; again being late-afternoon/early- evening, and again utterly exhausted – running on only a few hours’ sleep procured on a train. Now we are standing inside this beautiful Italian café with some of the most elegant little pastries we’ve ever seen.

In our travels, we had heard of a curious little Italian coffee drink called caffè corretto. This time, however, we’re well aware of the English translation: corrected coffee – literally, coffee “corrected” with a shot of alcohol. Today’s liquor of choice: Grappa – a crystalline, high-proof distillate made from the crushed skins, pulp and seeds of wine grapes – identical to moonshine in flavor and smoothness. I preface the next part of this story by saying that we like to think of ourselves as “open-minded,” spontaneous, and adventurous. So, it goes without saying that we were rather excited to order one for each of us.

Before we know it we have three innocuous little mugs that look like regular espresso shots sitting before us. With nervous excitement, we take our first sip. 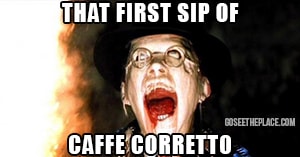 First impressions: shock – sudden overwhelming awfulness overcoming you before fully realizing what’s happening. Like all the unpleasantries of being stung by a wasp. The bitterness and heat from the coffee mixed with the acidity and medicinal burn of the grappa created something far worse than either alone could have produced. It’s like chewing molten thumbtacks and then willing yourself to wash them down with hydrochloric acid. Like French-kissing a Xenomorph. Whatever metaphor you like, it was the opposite of pleasant.

Two of the three of us noped out immediately; the most progressively open-minded of our group only able to muster, “I can’t…”. In the end, I believe we were able to finish all of it but only out of contempt for defeat. I think we might have limped away from the bar after that one. It’s moments like these that make the best travel stories.

Have any funny experiences while traveling? Tell us all about your stories in the comments below or drop us an email!

Owner at Go See The Place
We are RJ and Megan Barrett- A husband and wife team who are passionate for all things travel!

Latest posts by Barretts (see all)

15 Reasons to be Obsessed with Travel Planning

How to Plan Amazing Excursions for Your Trip of a Lifetime

Free Things To Do On California Highway 1 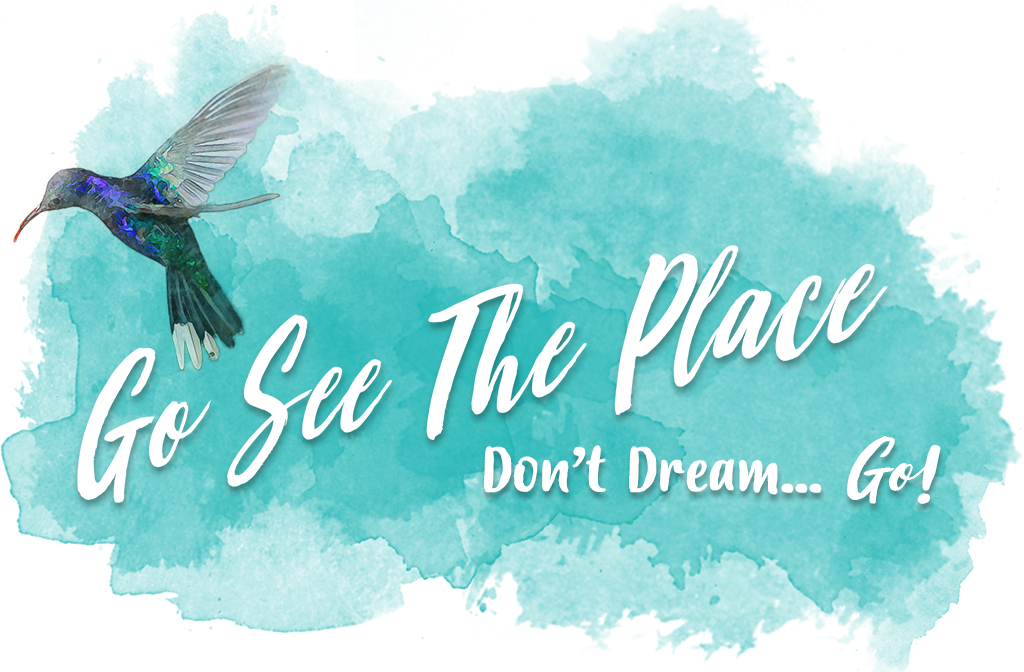